1. Location of the Mount Mitchell is in Yancey County, North Carolina, United States

2. Parent range of Mount Mitchell is the Appalachian Mountains

8. Mount Mitchell, also known as Attakulla in Cherokee, is the highest mountain in the Appalachian Mountains and mainland eastern North America.

9. Mount Mitchell is in Yancey County, North Carolina, near Burnsville, in the Black Mountain subrange of the Appalachians, about 19 miles (31 kilometers) northeast of Asheville.

10. The summit is the tallest mountain east of the Mississippi River in the United States and the highest in eastern North America south of the Arctic Cordillera.

12. The topographic isolation of the mountain is measured from the next observable single higher peak, Lone Butte in southern Colorado, which is 1,189 miles (1,913 km) distant.

14. The Cherokee people named the mountain Attakulla because it was part of their territory for a long time.

15. Because of its spherical form, European-American settlers named the peak Black Dome.

18. In January 2009, a new observation deck was built and opened to the public. Elisha Mitchell’s grave is also located on the top.

During the Precambrian period, marine sediments metamorphosed into gneiss and schist, forming Mount Mitchell. During the Alleghenian orogeny, these metasedimentary rocks were elevated.

19. The soils surrounding the top are well-drained, dark brown, and rocky, with fine-earth material varying in texture from sandy clay loam to loam or sandy loam; the Burton and Craggey series being the most frequent.

20. The summit of the mountain is covered with a dense stand of Southern Appalachian spruce-fir forest, which is mostly made up of two evergreen species: red spruce and Fraser fir. 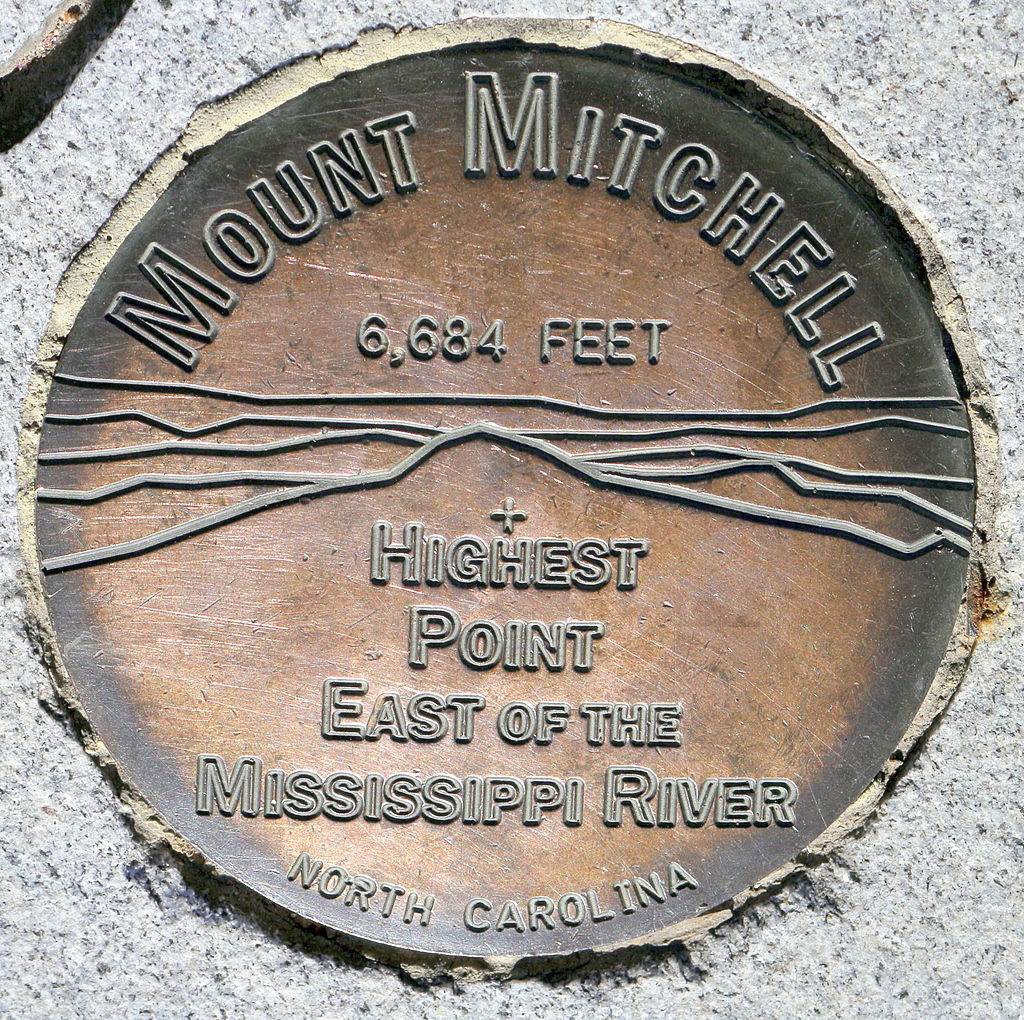 21. Plantlife is exposed to high amounts of pollution at high elevations, including acid precipitation in the form of rain, snow, and fog. These acids harm red spruce trees by releasing natural metals such as aluminum from the soil and leaching essential minerals.

25. Unlike the lower altitudes in the surrounding regions, significant snowfall is common from December to March, with the Great Blizzard of 1993 collecting 50 inches (1.27 m) and the January 2016 blizzard producing 33 inches (0.84 m).

26. Precipitation is substantial and consistent year-round due to the high elevation, averaging 74.7 inches (1,900 mm) each year, with no month getting less than 5 in (127 mm) of average precipitation.

28. In 2018, Mount Mitchell received 139.94 inches (3,554.5 mm) of precipitation, a state record, and the greatest calendar year total rainfall recorded anywhere east of the Cascades in the continental US.

We hope these interesting Mount Mitchell facts were worthy to you!