It is Asia’s second-highest volcano (after Mount Kerinci on the Indonesian island of Sumatra) and the world’s seventh-highest island peak. Mount Fuji is a live stratovolcano that erupted last between 1707 and 1708.

On clear days, the peak can be seen from around 100 kilometers (62 miles) southwest of Tokyo. Mount Fuji’s extraordinarily symmetrical cone, which is covered in snow for roughly five months of the year, is widely represented in art and photography, as well as visited by sightseers and climbers.

Mount Fuji, along with Mount Tate and Mount Haku, is one of Japan’s “Three Holy Mountains.” It is a Special Scenic Beauty Area and a Historic Site in Japan. On June 22, 2013, it was inscribed as a Cultural Site on the UNESCO World Heritage List.

Mount Fuji has “inspired artists and poets and been the object of pilgrimage for millennia,” according to UNESCO. Within the Mount Fuji area, UNESCO has designated 25 culturally significant sites.

The Fujisan Hong Sengen Taisha mountain and Shinto shrine, as well as the Buddhist Taisekiji Head Temple, built-in 1290 and subsequently portrayed by Japanese ukiyo-e artist Katsushika Hokusai, are among the 25 places.

2. A forest was known as “Aokigahara woodland” can be found on the mountain’s northwest base. According to legend, the woodland is plagued by a variety of mysterious entities, including ghosts, demons, Yrei, and Ykai.

3. There are four well-marked paths to the summit, each with many stops where travelers may rest and, of course, purchase souvenirs of this renowned mountain!

4. It is also the world’s second-tallest volcano on an island, behind only Mount Kerinci on the Indonesian island of Sumatra, which stands at 3,805 meters (12,484 feet).

5. When viewed from afar, Mount Fuji’s main crater does not appear to be very large.

6. On the Pacific Coast, the mountain lies roughly 100 kilometers (62 miles) southwest of Tokyo. This is located on Honsh Island, Japan’s biggest and most populated island.

7. The mountain’s peak has a tundra climate, which means it’s bitterly cold in the winter and mild in the summer.

12. Because there is minimal snow, the weather is warm, and transportation is simple. Yoshida is the most popular path, which takes eight to twelve hours to complete and reaches a height of 2300 meters.

15. Mount Fuji is situated at the intersection of three plates: the Amurian, Okhotsk, and Philippine Sea Plates. The western section of Japan, the eastern half of Japan, and the Izu Peninsula are all formed by these three plates. Volcanic activity is being caused by the Pacific Plate being subducted beneath these plates.

19. Scientists have discovered four separate periods of volcanic activity during Mount Fuji’s development. Sen-komitake is the first phase, which is made up of an andesite core that was recently discovered deep beneath the mountain. Sen-komitake was followed by “Komitake Fuji,” a basalt layer that is thought to have developed hundreds of thousands of years ago.

21. In the Middle Pleistocene, Pre-Komitake began erupting in a region 7 kilometers (4.3 miles) north of Mount Fuji.

22. After a brief hiatus, eruptions resumed, resulting in the formation of Komitake Volcano at the same site. The last of these eruptions occurred 100,000 years ago.

23. Around 18,000 years ago, a massive landslide occurred on the southwest flank. 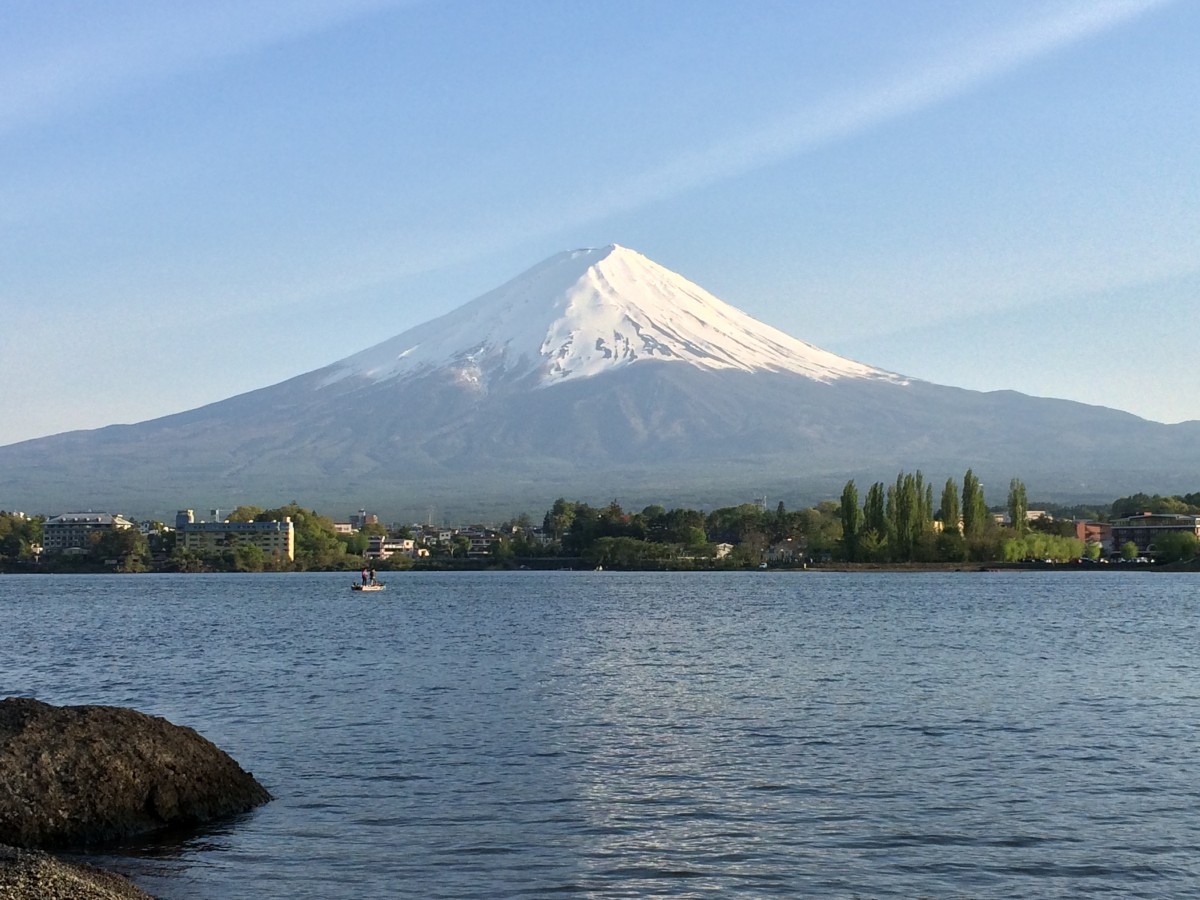 25. A magnitude 6.2 earthquake struck Mount Fuji’s southern slope on the evening of March 15, 2011, at a shallow depth of a few kilometers.

26. The National Research Institute for Earth Science and Disaster Prevention (NRIESDP) proposed in September 2012 that the pressure in Mount Fuji’s magma chamber might be 1.6 megapascals greater than it was before its last eruption in 1707.

27. In 1707, flank eruptions, which usually took the form of parasitic cinder cones, ended. Omuro-Yama, the biggest cone, is one of more than 100 that runs NW-SE and NE-SW across the top. Mt.

28. The volcano is classed as active with a low danger of eruption as of December 2002.

32. Halfway down its southeastern side, the eruption created a fresh crater and a second peak, which was called Mount Hei (from the Hei period). In Izu, Kai, Sagami, and Musashi, Fuji spit cinders and ash that fell like rain. There have been no indicators of an eruption since then.

33. Fuji contains around 70 lava tunnels and a large number of lava tree forms. The Yoshida-Osawa and Osawa-Kuzure valleys are separated by two major landslides.

37. Mount Fuji connects the prefectures of Shizuoka and Yamanashi.

39. When the sky is clear, Mount Fuji may be seen from Yokohama and Tokyo, as well as Chiba, Saitama, Tochigi, Ibaraki, and Lake Hamana.

40. During a space shuttle flight, Mount Fuji was photographed from orbit.

We hope this article on Mount Fuji geographical facts was a valuable read to you.